Tech stocks, China industrial production and Aussie jobs data are all in the spotlight in the Grafa week ahead.

The tech sector provided a tailwind for Aussie and US markets late last week as investors piled on companies like Nearmap and Afterpay locally, and Tesla and Apple on Wall Street.

While climbing bond yields have rattled investors in the US, causing a sell-off in some sectors, including tech, Think Markets analyst Fawad Razaqzada said in a note “it is becoming clear that investors are not sure what to do with stocks at these levels”.

Some are still keen on buying equities, especially those sensitive to the economy, he said in comments reported by CNN, while others want to book profit after the past year’s remarkable rally.

Meanwhile, investing guru Mark Mobias has warned that tech stocks could be hit hard by any Bitcoin price plunge, telling Bloomberg the relationship between the two is “very close” and investors should “watch that indicator”.

How much have Australia’s house prices moved in the last quarter?

How will the Fed Reserve committee move on US monetary policy? 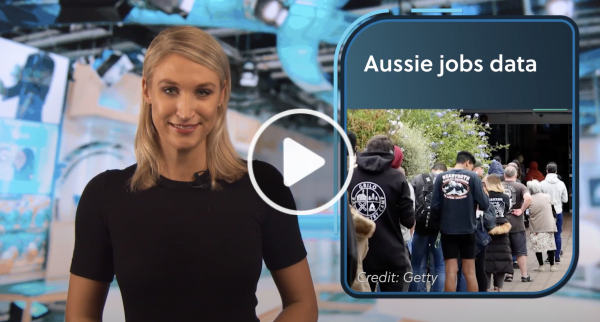 China’s industrial production is in the spotlight on Monday, while we’ll get insight into Aussie housing prices on Tuesday.The US Federal Open Market Committee releases a monetary policy update later in the week, along with its target on the Federal funds rate.And how is Australia’s unemployment rate tracking? We’ll find out on Thursday.